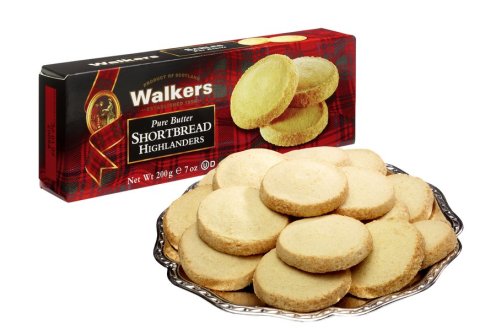 Try this chocolate caramel shortbread recipe, otherwise known as Millionaire’s Shortbread. You have to admit that this recipe is a bit like a Twix bar, only you can cut whatever size you like! Once you take your first bite, you won’t want to stop so make sure you make this to share!

Learn some trivia about shortbread!

We all know shortbread biscuits got their start in Scotland, but when? Shortbread dates back to at least the 12th century and Mary Queen of Scots is often credited for launching its popularity. It started off as “biscuit bread” and was only made for special occasions like weddings, Christmas, and Hogmanay. It was said that Mary Queen of Scots was very fond of petticoat tails, which were said to be inspired by the petticoats worn by Queen Elizabeth I.

Last but not least, enjoy shortbread with a cup of tea. You don’t have to just eat them with tea, of course. If you prefer them with milk, or in your ice cream, that works, too! Crumble some up and use them as a base for a cake or top them on cupcakes. The choices are endless!