If you strive to keep on the cutting edge of what we might call herbal beverages, for lack of a better term, then you may already know about Ilex guayusa, which is more commonly known as Guayusa. If not, then it’s time for a brief introduction. 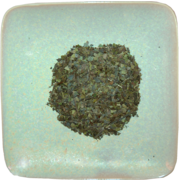 Those who keep tabs on this sort of thing will notice that the name Ilex guayusa is somewhat similar to Ilex paraguensis, and for good reason. The latter is better known to consumers of tea and herbal beverages as yerba mate. It’s as popular in many parts of South America as coffee is here in North America.

Another member of the Ilex genus is the charmingly named Ilex vomitoria. It is a caffeine containing plant native to North America. Also known as the black drink, it was commonly used as a ritual drink for Native American tribes in the southeastern region of what is now the United States.

Like yerba mate and the black drink, guayusa is a member of the Ilex or Holly genus. Though it is native to South America, like yerba mate, it is much less widespread than that particular drink and is even harder to come by here in North America.

Though you might have been able to find Guayusa in the United States previously it should much easier these days, thanks to the efforts of Stash Tea. They recently announced that they would bring the beverage to this neck of the world, offering a “straight” version of the drink as well as seven flavored varieties.

In their press release Stash refers to Guayusa as “a stimulating herb native to the Amazon Rainforest of Ecuador where it has been part of the Amazonian culture and cultivation for over 2000 years. Traditionally enjoyed by the indigenous families of Ecuador and treasured for its unique balance of caffeine, antioxidants, vitamins and amino acids.”

But why take their word for it now that you can judge for yourself?

2 thoughts on “An Introduction to Guayusa”